According to the Government of Ukraine, since the beginning of the conflict in Eastern Ukraine (in 2014) and the temporary occupation of Crimea, about 1.3 million internally displaced persons have been registered in Ukraine. Of these, 46,053 internally displaced persons (IDPs) reside in Odesa oblast. Results of sociological and monitoring studies demonstrate that about 38% of IDPs do not plan to return after the end of the conflict and the annexation.

Residents of Donetsk and Luhansk oblasts, as well as the Autonomous Republic of Crimea, who were forced to leave their homes and settled places and, as a result, found themselves in difficult life circumstances, belong to vulnerable groups and need special treatment from the state. Today, in this regard, Ukraine provides internally displaced persons with social assistance (monthly targeted assistance to cover living expenses, including rent and utilities), provides social and temporary housing, as well as a state program of affordable housing, where 50% of the cost is paid by the state and 50% by IDPs.

Nevertheless, housing remains the most pressing issue for internally displaced persons. According to NGO "The Tenth of April", the minor government steps aimed at solving the problem of ensuring the right to housing have not resulted in systemic changes. Legislative decisions on housing for IDPs adopted only at the end of 2018 led to the development of regional and local housing programs, but the question of their funding remains open. Social and temporary housing is almost impossible to use due to lack of effective administrative procedures and appropriate funds. In 2018, 18% of all legal consultations provided by "The Tenth of April" to IDPs concerned access to housing. In the first half of 2019, this figure amounted to 15% of the total number of consultations.

In addition, as of today, there is no representative information on IDPs' housing needs (scale, types of housing, reasons, solutions). The relevance of this study is enhanced by the fact that regional and local housing programs need to be improved. 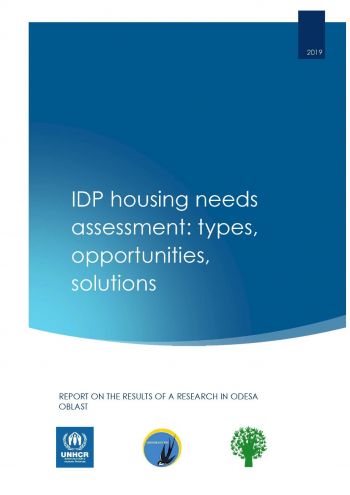 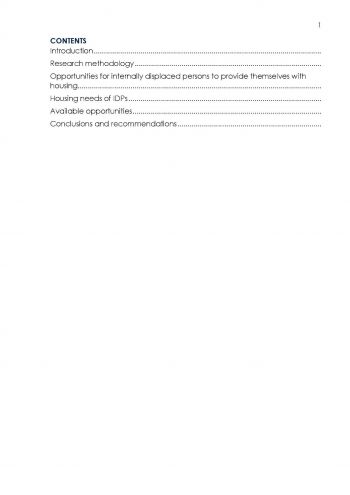 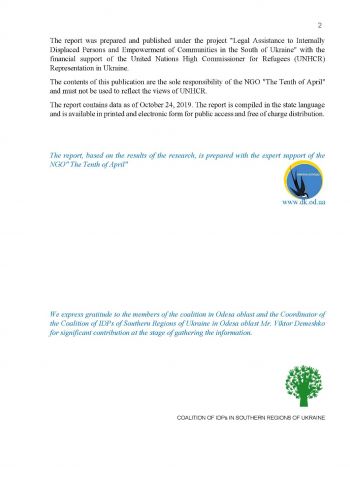 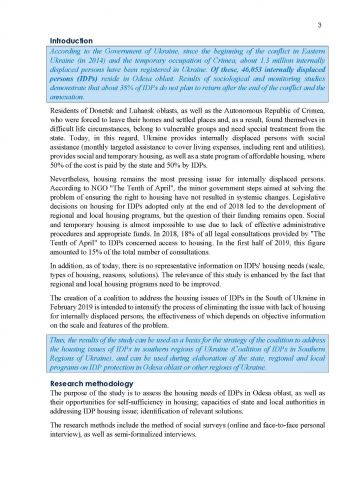 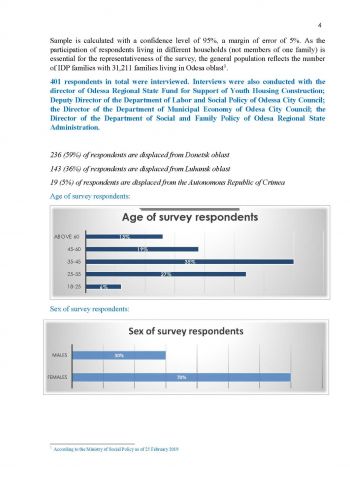 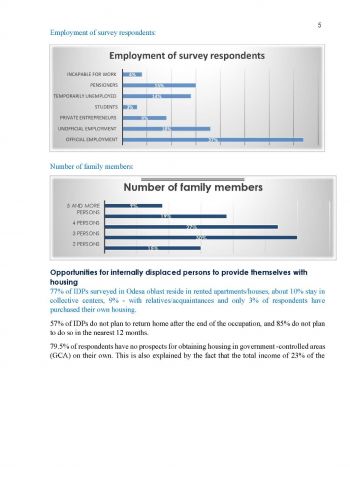 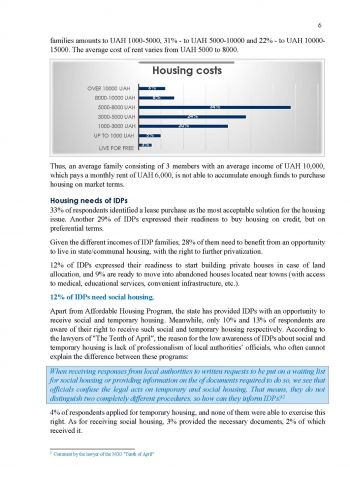 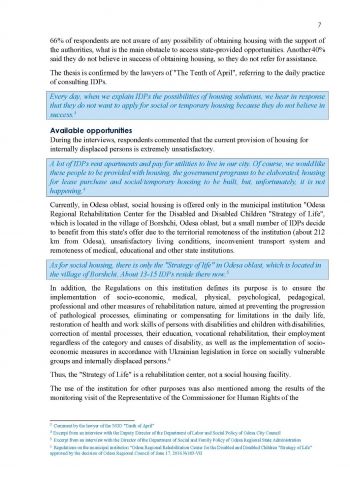 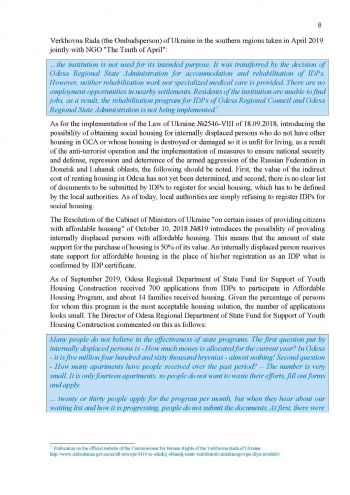 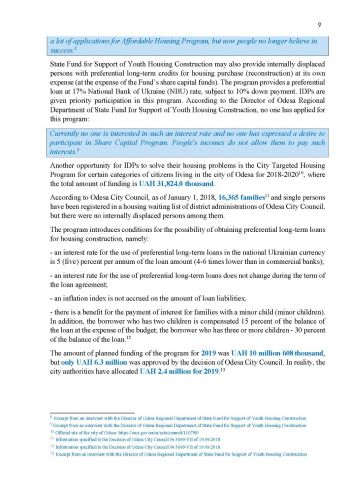 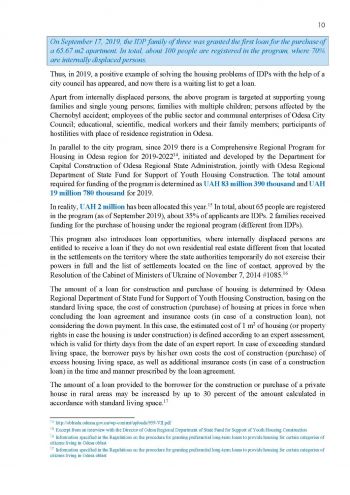 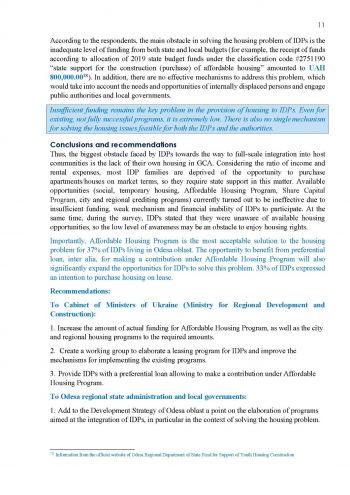 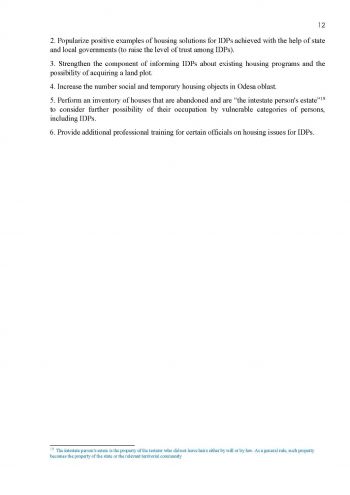 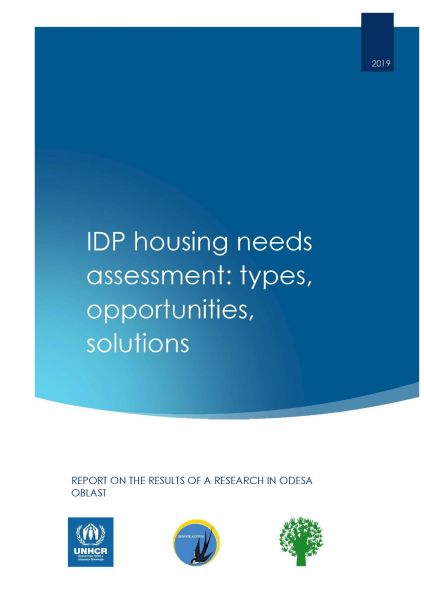 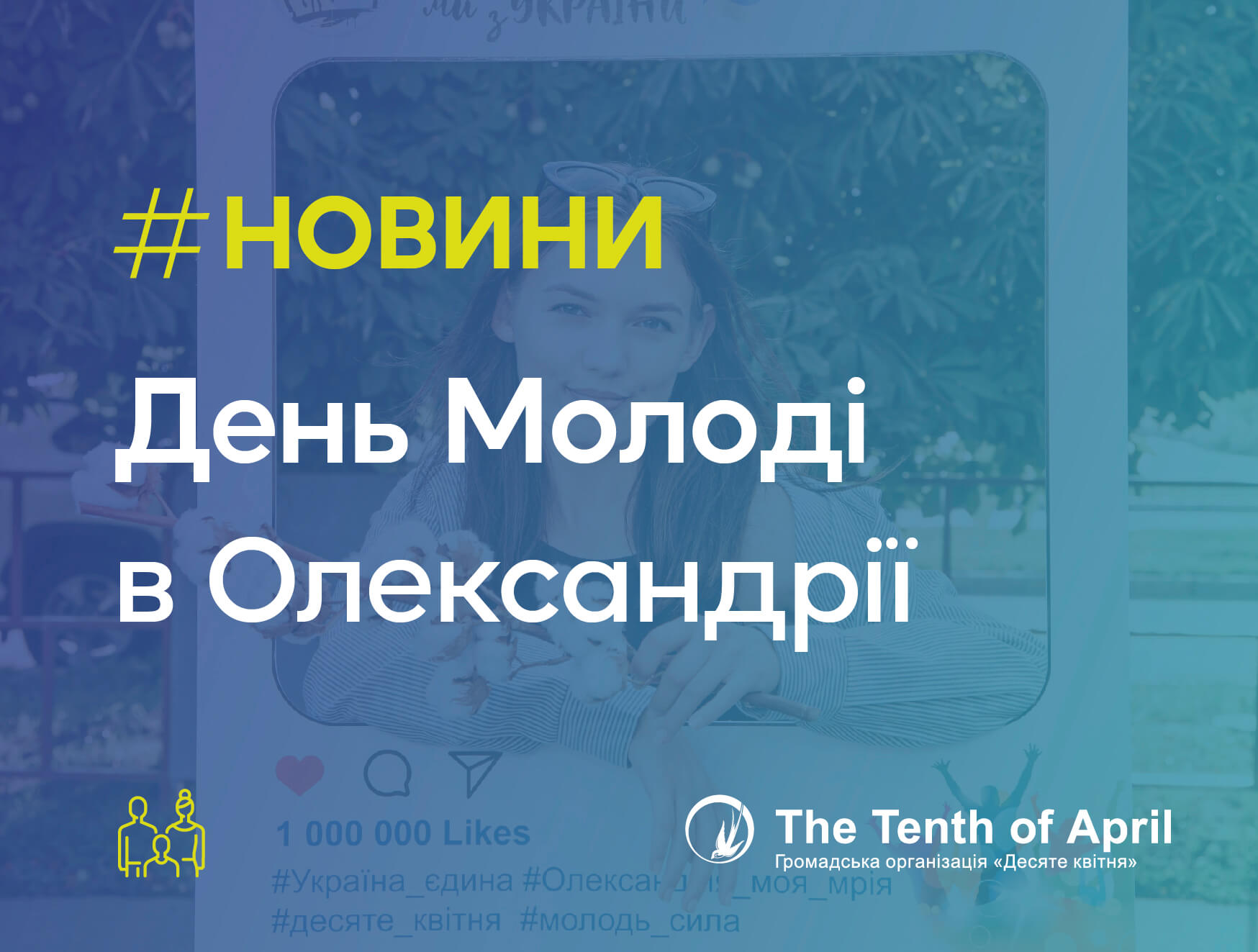